“Mr. Russell’s legacy is important to the story of this city in sports and also in terms of human rights,” Artist Ann Hirsch said. “I am proud and humbled to be chosen to create this artwork and look forward to its unveiling in the near future. I am especially thrilled that I will be able to work as a mentor myself by involving local children in my process through the Shamrock Foundation.”

A Somerville resident, Ann Hirsch integrates figurative and architectural components by drawing on time-honored approaches, integrating historical modalities with contemporary practices and perspectives. Hirsch’s work is grounded in the body, movement and traditional sculpture technique. Her work is driven by a strong interest in 'theater' as public presentation and the meaningful organization of symbol, figure and space.

Hirsch earned a B.A. in Art History at Columbia University and Master's degrees from N.Y.U. and the New York Academy of Art. She has completed many commissions, teaches undergraduate sculpture at the Rhode Island School of Design and Lesley University, and shows in New York and Massachusetts.

“I am pleased that Ann Hirsch has joined our “team” as the artist for the Bill Russell tribute. Ann’s concept for the site, together with the mentoring program established in Bill’s name, will ensure that we’re creating something special, as a champion such as Bill Russell deserves.” Mayor Menino said.

“Congratulations to Ann Hirsch for being selected for the project. We are excited about Ann’s design. The statue will serve to commemorate Bill Russell forever as a Celtic and a mentor for all future generations. We are honored to be part of his legacy.” Boston Celtics Managing Partner/Co-owner and President of the Boston Celtics Shamrock Foundation Stephen Pagliuca said.

Russell’s statue will be completed in two phases. The sculpture will represent Bill Russell the whole man, honoring him as an athlete, coach, human rights activist, ground breaker and mentor. The sculpture will be slightly larger than life size. Russell will be on a low plinth in game action about to make a pass. Ten other plinths will surround Russell, for a total of 11 objects representing Mr. Russell’s 11 championships with the Boston Celtics. Each plinth will feature a key word and a corresponding quotation to illuminate the myriad of accomplishments spanning Mr. Russell’s entire career both on and off the court.

“I am happy to see the Celtics embrace mentoring and create this program that benefits children.” Bill Russell said. “My lifelong passion is to help the mentoring of children and the biggest honor of my career was to be Captain of the Boston Celtics.”

In addition to erecting the statue of Russell, the Bill Russell Legacy Project, along with the Boston Celtics Shamrock Foundation developed a Mentoring Grant program in Russell’s name to ensure his passion for mentoring children is carried on. The grant’s main objective is to expand the resources for mentoring programs in the city of Boston. In the grant’s inaugural year, over $50k in grants were awarded to the following programs: Adoption and Foster Care Mentoring, Generations, Inc. and The DREAM Program, Inc. Applications for the 2013 Bill Russell Grants are now being accepted through Mass Mentoring Partnership at www.massmentors.org. The deadline to apply is February 12, 2013, Mr. Russell’s birthday.

For more information about the artists and public art in Boston visit http://www.publicartboston.com/.

To learn more about the Bill Russell Legacy Project and to donate to the Legacy Fund, please visit billrusselllegacy.org.

BOSTON (February 14, 2012) – The Boston Celtics Shamrock Foundation (BCSF) is proud to team up with the Mass Mentoring Partnership (MMP) for the second annual Mentoring Night at TD Garden. BCSF will donate over 150 Celtics tickets to mentors and mentees from around the state. In addition to the tickets, some mentees will take part in special pre-game opportunities including the Boston Celtics High Five Kids Tunnel. Mentoring Night will also raise awareness for the Bill Russell Legacy Project, which includes a Mentoring Grant Program that will invest in Boston’s youth by awarding grants annually to local non-profit organizations to help increase the number of children in Boston who have access to quality, structured, caring adult mentoring programs.   Read more about Mass Mentoring and the Boston Celtics Shamrock Foundation Mentoring Night....

The Boston Celtics Shamrock Foundation and the Bill Russell Legacy Project, with support from Mass Mentoring Partnership, are pleased to announce the release of the Bill Russell Mentoring Grant Program 2012 Request for Proposals (RFP).

The 2012 program focus is investing in Boston-based mentoring programs. For the grant period between May 2012 and May 2013, the Bill Russell Mentoring Grant Program will award a minimum of $50,000 in total funding for up to four youth mentoring programs that match caring adult mentors with Boston youth between the ages of 6 and 18-years-old.

Proposals are due to Mass Mentoring by Sunday, Feb. 12, 2012, in honor of Bill Russell's birthday.

For more information regarding the RFP, eligibility, and requirements, please contact Linda Peterson, manager of training and technical assistance, at  or . 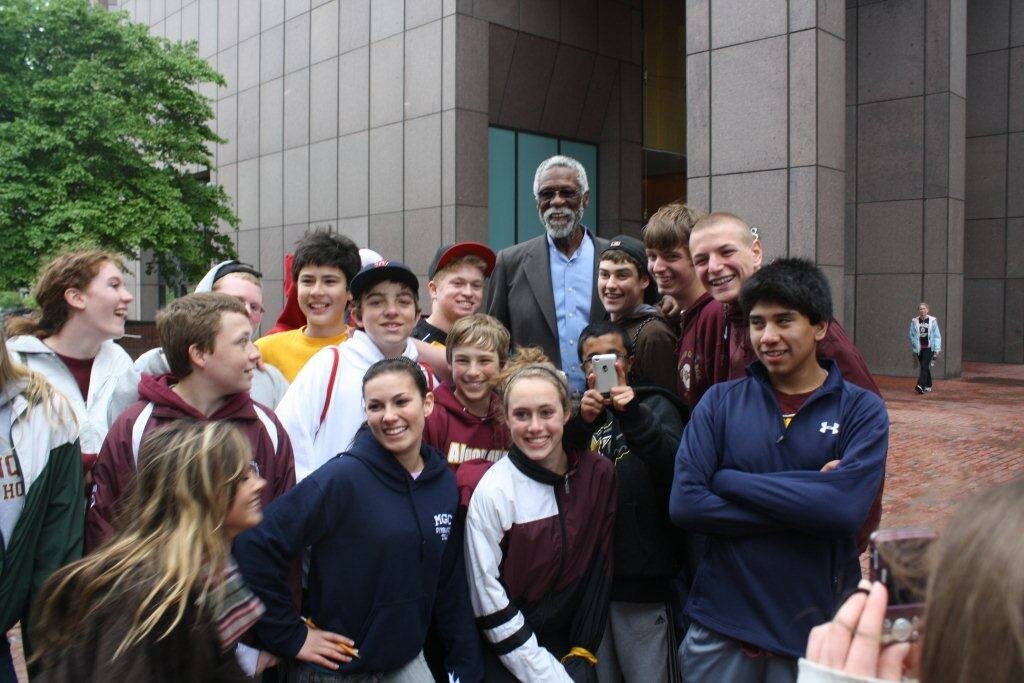 
Bill Russell’s Legacy Celebrated with a Statue in Boston

Commemorating Bill Russell’s unparalleled achievements and contributions as an athlete, as a human rights leader and as a champion of mentoring programs across the country
For Immediate Release
BOSTON (May 4, 2011) – The Boston Celtics Shamrock Foundation in partnership with the newly formed Bill Russell Legacy Committee announced today they will erect a statue of Bill Russell in the city of Boston designed by a local artist. In commemoration of Russell’s accomplishments as the greatest champion in the history of professional sports, as a national leader in human rights and as a dedicated advocate for youth mentoring, the Bill Russell Legacy Project will also .....